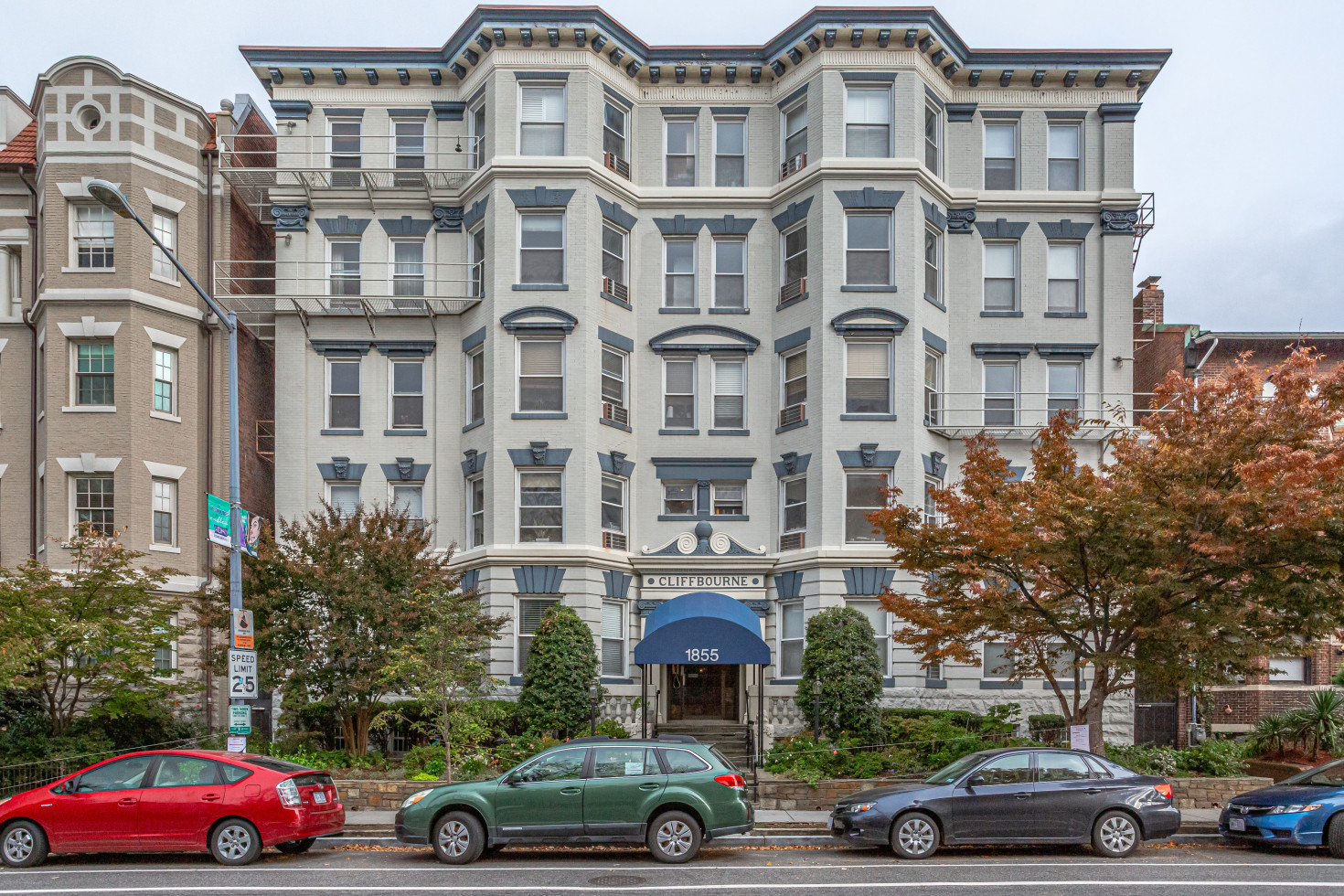 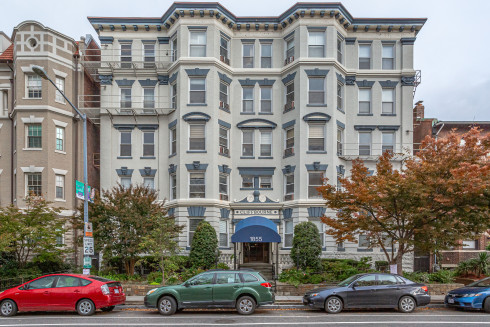 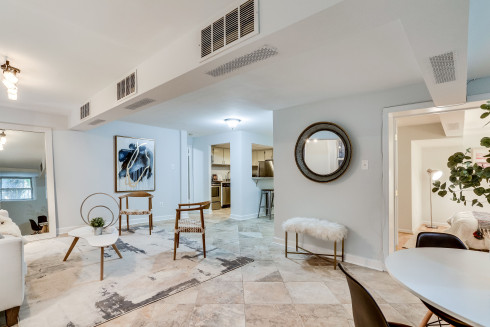 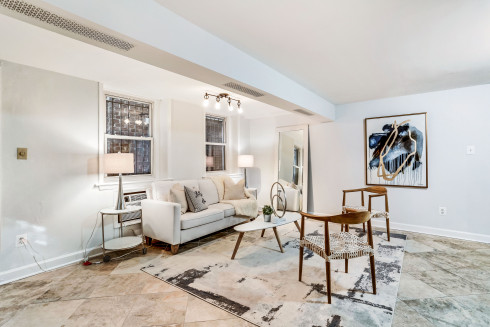 Spacious 2-bedroom 1.5-bathroom condo centrally located in vibrant Adams Morgan. Featuring a private entrance, this condo offers the ease of access of a home with the convenience of a condo. The open concept living space has ample room for multiple uses, accented by a well equipped kitchen and half bathroom.  The two bedrooms are on opposite sides of the condo and each feature a closet and windows for maximum functionality. The master bedroom, at the back of the unit features and updated en-suite bath and dual closets. Included with this condo is a separate storage unit right down the hall.

The Cliffbourne Condominium is a beautiful turn of the century Victorian style building situated in the Adams Morgan neighborhood of Washington D.C. This vibrant neighborhood offers ample amenities within walking distance including restaurants, entertainment, shopping, green open spaces, and the Metro.

The exterior of the building is a timeless design and very well kept. Exterior building maintenance, property management, insurance, trash, water, and heating are all included in the unit’s association fees. There is also a laundry facility on every floor for added convenience. This unit is a lucky find in a hot neighborhood and would make a perfect fit for young couples and professionals looking to buy in the D.C. area.

Adams Morgan is a very desirable neighborhood known for its great food and nightlife. Its streets are full of historic row houses, shops, and restaurants. Its main thoroughfare, 18th Street, has become a weekend hotspot for the D.C. thanks to its eclectic charm and proximity to several universities. Though it may be known for its social scene, it is quite a laid-back neighborhood. The residents of Adams Morgan are described as being socially conscious and politically involved, but don’t take themselves too seriously. People who are looking for an urban neighborhood with eye-catching architecture, walkable streets, and proximity to green open spaces will feel right at home here. Meridian Hill Park, Walter Pierce Park, and the Smithsonian National Zoo are all just a stone’s throw away from the city center. The Woodley Park metro station is conveniently located only 5 blocks away.

Whether you are looking for information on this home or there's something else we can help with - feel free to reach out however you'd like.

We are just a call away.

Thank you for reaching out!

We'll get in touch with you soon.

We use cookies to enhance your browsing experience and deliver our services. By continuing to visit this site, you agree to our use of cookies. More info